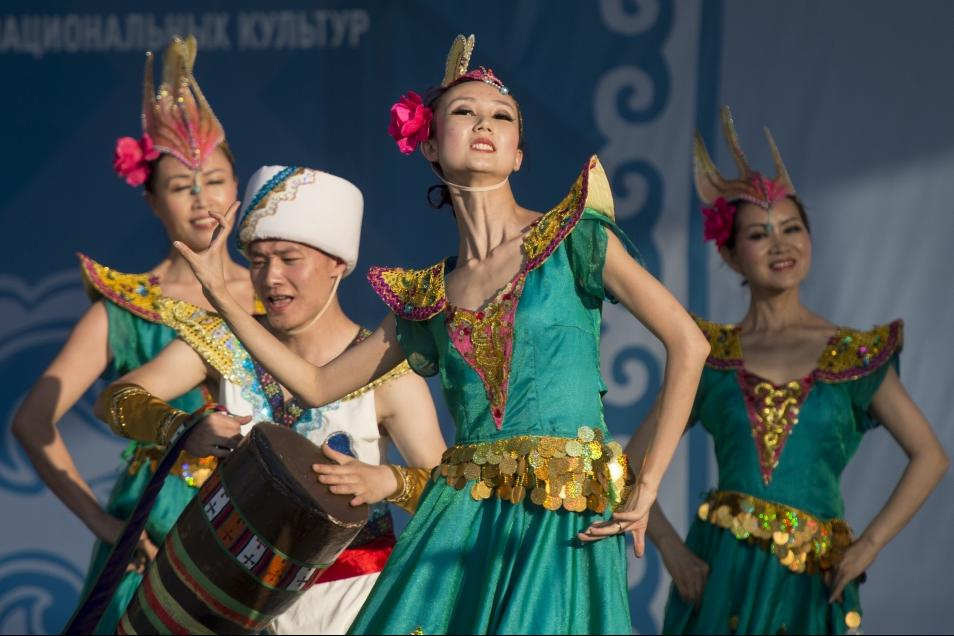 On September 24, Moscow hosted a meeting of the federal organizing committee for the preparation and conduct of the VI CIOFF® World Folkloriada. The international festival of folklore will be held in the republic from July 18 to August 1, 2020.

Opening the meeting, Deputy Prime Minister of Russia Olga Golodets recalled that on June 1, 2017, President Vladimir Putin signed a decree on holding the VI CIOFF® World Folkloriada. On February 6, 2018, an order was issued by the Government of the Russian Federation on the creation of an organizing committee for the preparation and conduct of Folklore Festival - 2020.

- This traditional event will be held for the sixth time. Teams from different countries will come to us. We must hold the festival at the highest level, - said Olga Golodets.

Radiy Khabirov reported on the preparations for this large-scale event, saying that more than 3 thousand people from 100 countries are planning to participate in the Folklore Festival. They will present their traditional music, dances, folk crafts, cuisine, costumes and stage art. Currently, 85 states have confirmed participation. About 2.5 million tourists are expected to visit Bashkortostan during the festival.

- The Folklore Festival program will not be limited to the capital of the Republic but will be dispersed throughout all districts and cities. To date, venues for performances, places of residence and meals for festival participants have been determined, "said Radiy Khabirov. - Ahead is a lot of work. And we are sure that by joint efforts we will be able to hold a world cultural forum at the highest level.

The World Folklore Festival is part of the official events of the International Council of Organizations of Folklore Festivals and Traditional Arts (CIOFF® and takes place every four years. Traditionally, about 3 thousand artists from 60-80 countries take part in it.

The first Folklore Festival was held in 1996 in the Netherlands, in subsequent years it took place in Japan, Hungary, South Korea and Mexico.

The decision that Ufa will become the capital of the World Folklore Festival - 2020 was made in 2015 at the 45th World Congress and CIOFF® General Assembly in Peru.

Based on materials of VGTRK