The expedition hoisted the flag of the VI CIOFF®️ World Folkloriada on the peak of Mustai Karim, which is located in the Republic of Kabardino-Balkaria
"Since 2018, the ascent of Mustai Karim Peak and Kaisyn Kuliyev Peak have been carried out - this has become a serious and interesting project for the Bashkir branch of the Russian Geographical Society. This year, the ascent became a kind of expedition, within the framework of which the trail was marked and literally after a while it will become public. This ascent does not require any special climbing or climbing skills. It requires physical health, because in a day you need to overcome 17 thousand meters for 17 hours. For me, this is the second ascent. The main task was marking the route, which was done by the members of the group, and raising the flag of the Folkloriada, " said Salavat Sagitov, chairman of the Bashkir regional branch of the RGS, rector of the BSPU named after M. Akmulla. The expedition team included Valery Oleynik, head of the Staff of the Interdepartmental Public Security Council of the Republic of Bashkortostan, Alexander Lynnik, a well-known traveler and bard, Rafael Yangirov, commercial director of the Bashkir Satellite Television, and Rustam Galimov, an athlete-mountaineer, a teacher of BSU. The peak of the national poet of Bashkortostan was opened for his 100th anniversary in the summer of 2018. The name Mustai Karim was given to it by a group of climbers from the Republic of Bashkortostan and the Republic of Kabardino Balkaria. 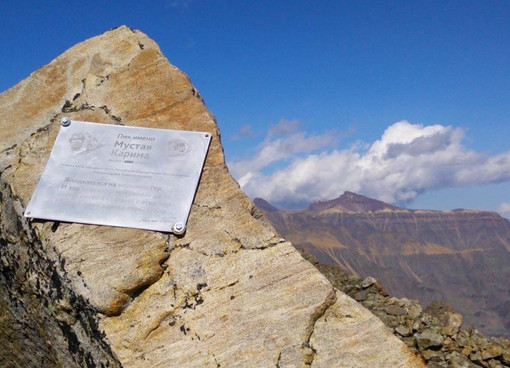 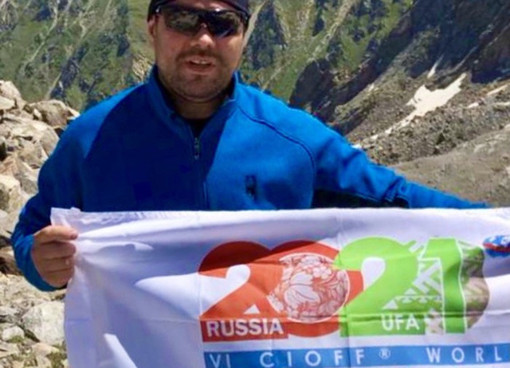