On July 4, the International CIOFF ®️ Conference on Culture "The Intangible Heritage of the Peoples of the Russian Federation as part of the World Cultural Heritage" was held in the Toratau Congress Hall. The event was organized as part of the extensive program of the VI CIOFF®️ World Folkloriada.
The conference began with a video message sent to the participants of the festival on behalf of the Minister of Culture of the Russian Federation Olga Lyubimova. There, she noted the need for such intercultural projects, and also expressed confidence in the successful organization of the festival on the territory of hospitable Bashkortostan.
"This project opens up to the public an original folk art, presented in a heroic epic, in legends, songs and dances. Art always brings people together. Holding the festival will be our common contribution to interstate cultural cooperation," Olga Lyubimova noted in her video message.
The Minister of Culture of the Republic of Bashkortostan Amina Shafikova also made a welcoming speech. She expressed gratitude to CIOFF ®️ for the trust shown and the high honor given to Bashkortostan in terms of organizing and holding the Folkloriada. She also stressed that the republic has extensive experience in building harmonious interethnic relations.
"There are more than 4 thousand cultural institutions in our republic that bring spirituality to this world, preserve folk traditions. More than 160 nationalities live in Bashkortostan. We celebrate all the holidays together," the Minister said. She also addressed the delegates from the United States and congratulated them on the national holiday, Independence Day.
Tamara Purtova, Director of the V.D. Polenov’s State Russian House of Folk Arts, stressed that the festival will present a rich variety of national cultures not only from all over the world, but also from peoples living in multinational Russia.
"We tried to present the traditional culture of different parts of Russia in the program, and also invited leading folklore scientists so that they could share their experience and knowledge with others."
Tamara Valentinovna stressed the need for a scientific approach to the study and preservation of folk art and called on the scientific community to pay attention to the vast field for research.
The director of CIOFF®️, Philippe Beaussant, also gave a speech.
"At the opening ceremony held yesterday, during a meeting with the Head of Bashkortostan Radiy Khabirov, I felt this friendly spirit. We are all really working with you as friends!", he stressed at the end of his speech.
The official representative of CIOFF ®️ at UNESCO, Magdalena Tovornik in her address to the conference participants expressed great hope for the help of the leadership of the countries in preserving the intangible cultural heritage.
"Every UNESCO member country understands that the level of national relations plays an important role in building domestic policy," she stressed.
Meri Rusanova, First Deputy Director of the V.D. Polenov’s State Russian House of Folk Arts, told the conference participants about what active work is being carried out to preserve and promote the intangible cultural heritage in Russia. As part of the speech, the electronic replenishable register of objects of the intangible cultural heritage of the peoples of Russia was presented. Alexander Chernykh, Chairman of the Expert Council of the Russian Committee for the Preservation of Intangible Cultural Heritage under the Russian Commission for UNESCO, noted in his speech that the preservation of intangible cultural heritage is the basis for various activities and development. For example, as a basis for the activities of cultural institutions, a resource for the development of the territory or a base for modern ethno-cultural projects in various fields.
In the second part of the conference, the participants presented some objects of the intangible cultural heritage of the peoples of Russia. For example, the General Director of the Republican Center of Folk Art of the Republic of Bashkortostan Artur Alibakov presented the epic "Ural-Batyr", and the director of the Center of Folk Art of the Republic of Altai told about the Altai throat singing and folk musical instruments. 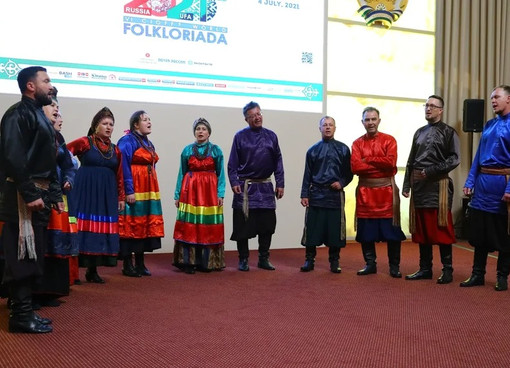 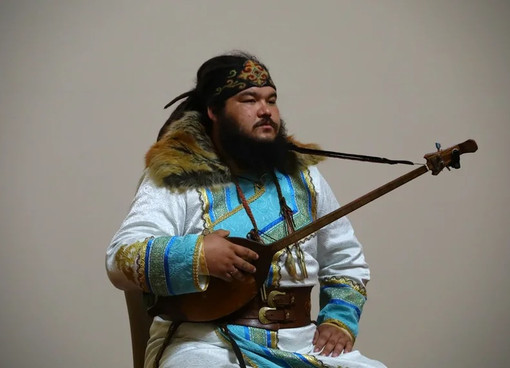 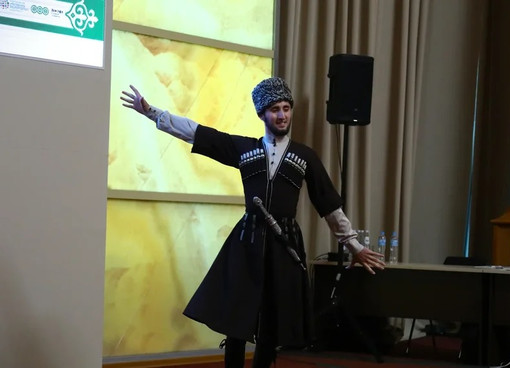 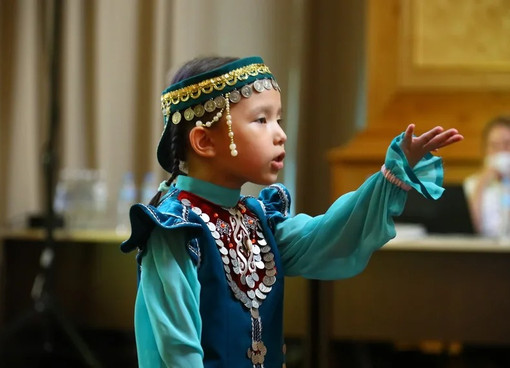 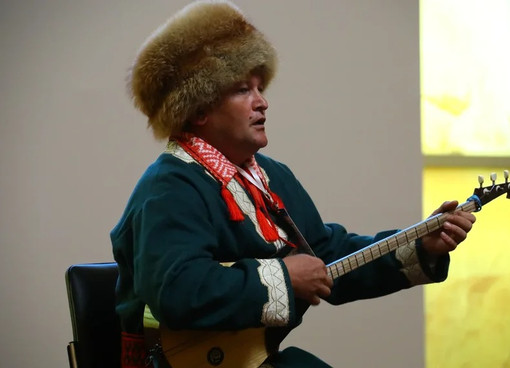 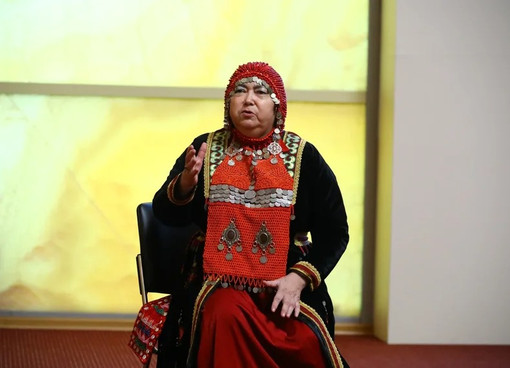 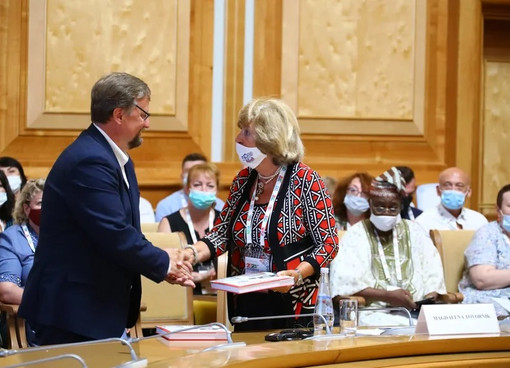 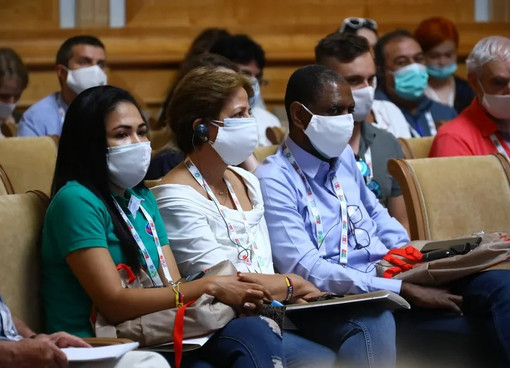 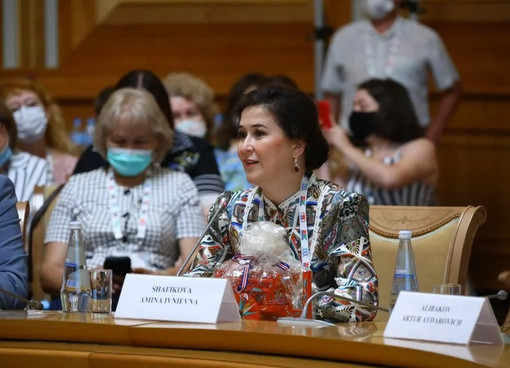 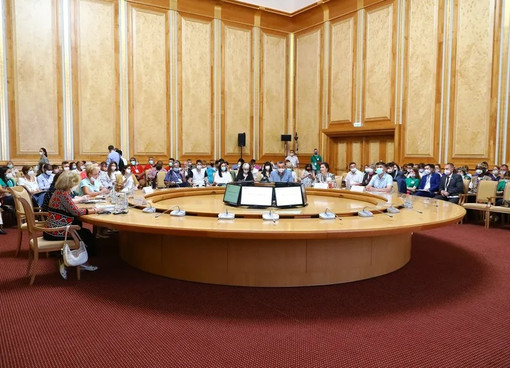 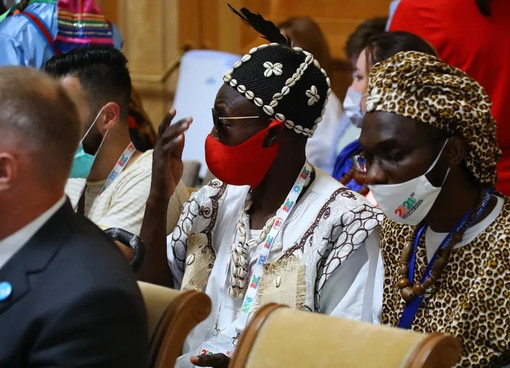